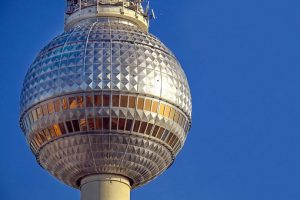 When it comes to Brexit’s winners and losers, Berlin looks set to snag a few victories — especially the city’s growing financial-technology sector. Germany’s capital has generated buzz for its efforts to attract London’s fintech companies and other startups since the U.K. voted last year to leave the European Union. A rolling billboard (“Keep calm and move to Berlin”) is one of the stunts that have ruffled British feathers. Read more: www.marketwatch.com