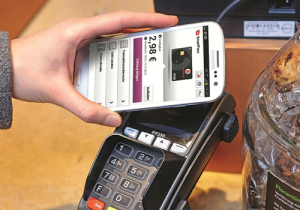 Alipay, the online and mobile payments service operated by Alibaba subsidiary Ant Financial, is expanding into Europe, however, it will not be targeted at Europeans. Instead the firm is focusing on Chinese tourists and expats.

The company is reportedly seeking deals with retailers across France, the UK, Germany and Italy to allow them to accept Alipay. The app’s 450m users can pay at brick-and-mortar retailers either by tapping on their device on contactless-card readers or scanning a barcode.

Alipay has reportedly held talks in France with department store Printemps, as well as AXA to sell travel insurance and with Germany’s Wirecard to support mobile wallet payments in Munich Airport’s shops without incurring exchange fees.

It’s the same strategy that the company has adopted in the US market where it’s forged deals with the likes of Macy’s, Uber and Airbnb.

Ant Financial is also reportedly developing technology to allow payments in virtual reality, as the firm, which raised $4.5bn in the largest ever round of VC funding in April, attempts to make Alipay ubiquitous.