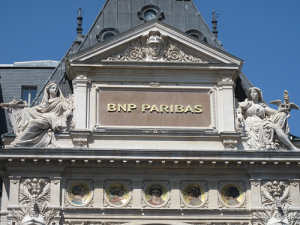 BNP Paribas has just completed its first cross-border corporate payments transactions via blockchain technology, the bank announced Wednesday (Dec. 21). The bank completed the transactions for packaging company Amcor and trading cards company Panini, with payments cleared in multiple currencies across Germany, the Netherlands and the U.K. BNP Paribas moved funds between its bank accounts located across the countries, the company explained. The completion of these transactions comes three months after the bank first announced plans to pilot several blockchain-based applications with its clients. One of its projects was its “cash-without borders” initiative, which led to the completion of this cross-border payment via blockchain. According to the bank, the payment cleared in only a few minutes. Read more: pymnts.com