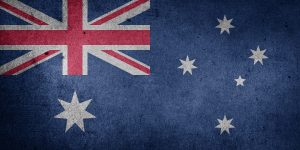 Sydney-based fintech business Waddle has secured funding for $30m in loan volume over the next 12 months from an unnamed Australian private investor.

Founded in 2014 Waddle is a service provider helping small businesses get credits based on their invoiced receivables and in essence finance their operations through their IOUs.

Since its launch last July, the company has provided nearly $1m of financing to around 20 businesses.

Waddle co-founder Leigh Dunsford said, “This new debt funding is purely based on projections from past proven client volumes which are increasing each month as the market becomes educated about our offering, predominantly through word of mouth.

“This initial capital forms the first of a series of funding tranches that we seek to raise as we push upstream.”

The new funding will allow Waddle to also increase its credit limit from $500,000 over the next 12 months.

He added, “I think the existing fintech startups, particularly in unsecured business lending that have entered the market, are creating healthy self-regulated competition that will result in better pricing for the borrowers and healthier terms.

“I am not sure how many more could enter the fixed term short term market given there are quite a few competing for market share. We think there are two dominant players in this space both in Sydney and Melbourne that understand the market well.”