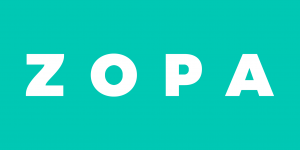 London-based peer-to-peer (P2P) lending company Zopa has become the first in the UK market to surpass £2bn in loans.

The milestone comes in the wake of Zopa’s announcement it will launch a bank to extend the range of consumer products it offers.

It says more than £129m has been returned to investors in interest since it launched in 2005 and that Zopa has delivered positive returns to lenders every year, including through the 2008 financial crisis

Having raised more than $68m since launching in 2005 the company claims it is profitable.

“Over the last 12 years, we’re proud to say we’ve helped over a third of a million people get better interest rates for both borrowing and lending.

“The £2bn milestone demonstrates how far we have come, but our journey is only just getting started.

“Our decision to launch a next generation bank reflects our mission to create better options for consumers and to shape the future of finance.”

The company also disclosed the primary purposes of its loans with 34% being used to buy cars, 31% for debt consolidation and 20% going towards home improvements.