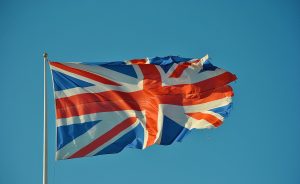 London still dominates the UK FinTech sector and attracts over 82% of FinTech investment capital but there are encouraging signs that other parts of the UK are attracting early-stage investments.

Although the amount of capital invested in UK FinTech companies based outside London fell last year, analysis from FinTech Global, a data and analytics provider, shows that the investments in smaller deals actually increased and that a number of cities are building the credentials to establish themselves as early-stage FinTech hubs.

Investments in private UK FinTech companies dropped 15.4% last year from £1,113m in 2015 to £941m in 2016.  The apparent slowdown has been attributed by many to concerns in the second half of the year relating to Brexit. Regardless, the figure should be compared to the total of £622m in 2014, which shows that 2016 was still, relatively, a very strong year for UK FinTech.

A closer look at the numbers reveals some more encouraging signs. The figures are somewhat skewed by a handful of large deals that were completed during the period. If investments over £10m are excluded from the regional data, the analysis shows that £34.5m was invested in 2014, £44.9m in 2015 and £67.9m in 2016.  That’s almost a doubling of sub-£10m investments over three years, which clearly shows healthy growth for the early-stage part of the FinTech market outside London.

Some cities are clearly making their mark. Manchester, Cambridge and Edinburgh are building track records that may enable them to claim to be up-and-coming FinTech hubs. Of the 107 FinTech investments made outside London between 2014 and 2016, the locations that saw the most deals were Manchester (13 deals), Cambridge (12) and Edinburgh (7).

There are undoubtedly FinTech success stories developing in other cities as well, but that doesn’t mean it’s easy to be a FinTech start-up in every place in the UK.  Entrepreneurs building FinTech companies need to think more carefully than their peers in other sectors about where to set-up and grow their companies.

The data for this research comes from the Fintech Global database, which provides up-to-the minute intelligence and analytics on trends, deals and companies across all FinTech sectors around the world. For more details please visit www.fintech.global