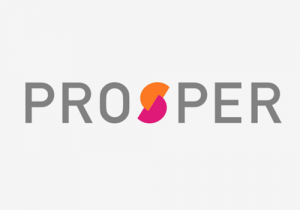 There’s change coming at the top of online lender Prosper Marketplace with CEO Aaron Vermut leaving the company at the end of the month.

He’ll be replaced by the firm’s CFO David Kimball who joined in March having previously spent nine years at financial services firm USAA.

Vermut will retain his seat on the company’s board of directors.

Kimball said moving forward the company will build on its, “existing strengths and find creative ways to partner and expand.”

The news comes at the tail end of a year when peer-to-peer (P2P) online lending marketplaces have faced growing scepticism around their business model of funding loans by selling them to investors rather than using customer deposits, as traditional banks do.

With investors reducing their purchases of loans across the P2P space Prosper was forced to reduce its lending and as a result saw less revenue from the fees it charges borrowers.

Earlier in the year the firm began talks with investment firms Fortress Investment Group, Soros Fund Management, Third Point and Jefferies to sell $5bn worth of loans over the next five years.

A final agreement on any deal is yet to emerge.

Prosper was valued at $1.9bn last April when it raised $165m in a round of venture funding.