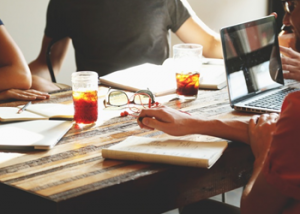 The Sydney-based company picked up A$25m ($19.18m) in a Series B round led by AirTree Ventures.

Existing backers Entrée Capital and Ironbridge Capital also participated in the round.

The funding news coincides with Prospa’s announcement it passed the $250m milestone in total lending to small businesses in its home market with more than 10,000 loans completed.

“We’ve now provided over 10,000 loans and put over $250m into the Australian small business economy.”

Prospa will use the capital to continue developing its tech, expand its product offering and distribution, and hire new talent.

AirTree managing partner Craig Blair said: “This is a coming of age of the fintech sector in Australia.

“Prospa is a real business solving a real problem, winning awards with tremendous customer and market feedback while achieving profitability from the very early days.”

The company is also partnering with regional financial institutions including Westpac, Reckon and Mortgage Choice to expand what it can offer customers.

“To reach more small business owners, we’ll continue to invest in partnerships with trusted brands who share our values of putting their small business customers first.”

The company previously inked a $60m deal with The Carlyle Group to fund Prospa’s lending to small businesses.