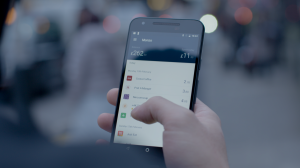 Digital challenger bank Monzo has blasted through its £2.5m crowdfunding target in less than four hours of opening pre-registration for the campaign.

The London-based app-only bank now counts more than £7.5m pledged to invest with pre-registration for the round open until March 14.

The crowdfunding campaign follows the £19.5m Series B venture round the firm closed in February led by New York-based VC Thrive Capital.

Monzo announced in January that it has attracted more than 100,000 users who have spent £100m on its pre-paid debit cards.

The Passion Capital-backed company previously raised £1m on Crowdcube in a record-breaking 96 seconds.

Demand for the challenger bank (then named Mondo) was so great that it caused Crowdcube’s servers to crash.

In order to avoid this Monzo will hold a ballot to select which pre-register investors will be brought forward to complete the deal.

The startup received a limited banking license from the Bank of England in August and the new capital will go towards fulfilling the requirements needed to become a full bank.

This will allow it to offer current accounts to its 100,000-strong user base.

An existing backer in Atom Bank, the new capital comes as a part of a £250m round the Durham-based, app-only bank is in the process of raising.