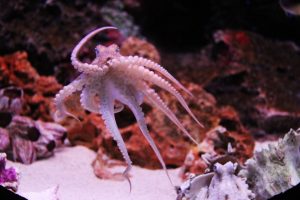 Last year it exited predictive keyboard-maker Swiftkey when Microsoft bought it for $250m and image-recognition startup Magic Pony, which Twitter acquired for $150m.

The fund says it has now developed a specialism in the AI and machine learning field and is in talks to make seed investments in two more UK-based startups in the space.

Octopus Ventures’ other successful UK investments include LoveFilm, which was acquired by Amazon for £200m in 2011 and property portal Zoopla, which listed on the London Stock Exchange in 2014.

The fund counts a number of FinTech startups among its portfolio companies including InsurTech startup Bought by Many, money transfer service Currency Fair and digital currency cold storage provider Elliptic.

The Octopus Group reached another tentacle into the space last year with the launch of its Octopus Labs FinTech accelerator.

The maiden programme took on five FinTech startups alongside two of the fund manager’s own internally developed projects.