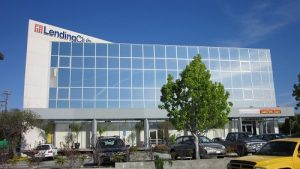 Two years ago today, Lending Club was ringing the bell on an IPO that one early investor called “a no-brainer.” “The consumer credit market has huge potential — trillions and trillions of dollars — and I wanted to ride that winner. Lending Club’s model does not need bank branches on each street corner, and it can turn around in minutes and hours, not days. This is the future,” noted angel investor and entrepreneur Liron Petrushka.

“I crossed paths with Laplanche back in 2007 and wanted to back him right away,” Petrushka said. Laplanche is Renaud Laplanche, Lending Club’s colorful and highly quotable founder and first CEO, and he had that effect on a lot of people during the eight years between Lending Club’s IPO in 2014 and its beginnings. And understandably so, because whatever else might be true, Laplanche always had a big vision for his firm — and for financial services technology providers in general. Read more: PYMNTS.com