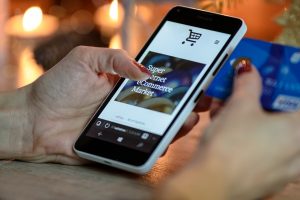 JP Morgan Chase is ramping up its mobile payments offering through the acquisition of MCX’s payments technology.

MCX is made up of a consortium of US retailers that sought to oppose Apple Pay and circumvent credit card fees.

The payments app failed to gain any real traction as customers such as BestBuy began to accept Apple Pay, while WalMart opted to roll out its own mobile payments service.

JP Morgan’s Chase Pay launched in November with a handful of retail partners including a group of MCX merchants.

Chase Pay’s head Jennifer Roberts said: “When we think about ‘fintech,’ we go through a ‘build/buy/partner’ evaluation to decide how we can get to market most efficiently.

“MCX has been an important partner, and their technology complements ours, so we’re thrilled to deepen our relationships with the merchant community through the purchase of this technology. This will help us get to market faster.”

MCX’s CEO Brian Mooney said: “Consistent with our mission to provide secure, consumer friendly, and cost effective mobile payment solutions to the marketplace, MCX took advantage of this opportunity to have the solution expanded to the broader merchant community.”

The deal is expected to close in the coming weeks.