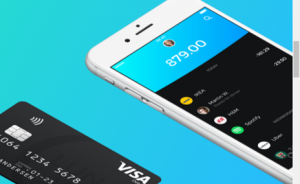 The round was led by SEED Capital Denmark and also saw participation from angel investors.

Unlike many challenger bank apps, such as N26, Monzo or Atom Bank, the Aarhus-based startup does not hold a banking licence.

It instead partners with local banks to ensure users’ money is safe and help it get to market and focus on developing its mobile app.

Lunar Way says it is partnered with Nykredit in Denmark.

The region’s biggest mortgage lender, it is also a minority shareholder in the company.

Users can also set savings goals through the app and pay bills.

The company claims the average age of its users is just 24 and that a quarter of them have closed their old bank account since signing up for the service.

The UK market is awash with a wide variety of startups attempting to offer mobile-first rivals to incumbent banks but Lunar Way claims it is the only challenger bank in the Nordics.

The company says it is forging deals with potential partner banks in Norway, Sweden and Germany with the aim of spreading out across Europe in the first half of next year.