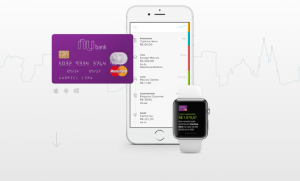 Brazilian digital financial services firm Nubank has raised $80m in a Series D round of funding.

Sao Paulo-based Nubank offers a fee-free credit card that is managed through a supporting mobile app.

The company says it has attracted more than 7 million applications for the card but only approves low-risk customers through its credit modelling technology.

Rather than charging an upfront fee Nubank generates revenue through a 1.5% charge on purchases, foreign exchange and interest on unpaid interest.

The funding for the fintech startup comes amid Brazil’s worst economic recession in 80 years but the company claims that 90% of its current customers pay their full balance each month.

The firm was reportedly valued at $500m for its January Series C round led by Founders Fund.

The new round takes Nubank’s total funding to more than $178m but is not through to value it at the $1bn mark.

It says it will use the capital to expand its operations through new hires and adding new products to the platform.