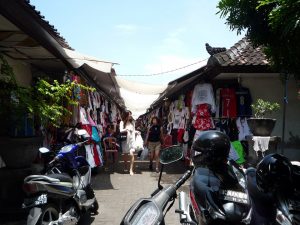 Indonesian peer-to-peer (P2P) lending marketplace for underbanked communities Amartha has closed its Series A round.

The undisclosed round is reportedly seven-digits in US dollars and was led by Mandiri Capital Indonesia (MCI), the VC arm of Indonesia’s largest Bank.

Lynx Asia Partners and existing investors Beenext and Midplaza Holding also participated in the round.

According to the World Bank’s Global Findex database, 64% of adults in Indonesia do not have a bank account.

Its technology makes use of machine learning to generate credit scores and measure borrowers rick profile.

“Through Amartha, we have been able to create a new market that modernizes microlending and gives people at the bottom of the income pyramid better alternatives to fund their businesses.”

The company will use the capital to optimise its technology and product line as well as scale up its business to reach more micro-entrepreneurs across Indonesia’s remote geographies.

To date the company has facilitated more than $6m in loans to more than 30,000 women micro-entrepreneurs while claiming a seven-year long 0% default rate.

MCI CEO Eddi Danusaputro said: “Amartha’s business model plays an important role in our economy as it addresses the challenge behind delivering financial services to the unbanked population.

“With over seven years of experience in microlending, strong field networks in rural areas, and a solid leadership team, Amartha’s compliments Bank Mandiri’s vision to drive financial inclusion across the nation.”