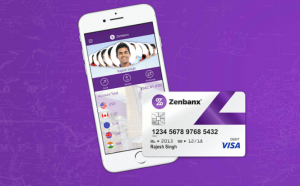 SoFi is expanding into banking with the acquisition of mobile-banking startup Zenbanx.

The company will pay around $100m for the startup with the deal expected to close mid-February.

SoFi launched in 2011 as a student loan refinancing startup before expanding into other financial services including personal loans, mortgages, wealth management and life insurance.

The company says it will leverage Zenbanx’s platform and underlying tech to launch a bank account product offering users services such as checking and credit cards.

SoFi CEO and co-founder Mike Cagney said: “SoFi and Zenbanx share a vision that banking should and can be better and have built products and services to do it.

“With Zenbanx joining SoFi, we’re moving one step closer to becoming the center of our members’ financial lives by adding SoFi deposit, money transfer, and credit card products to our offerings for members.”

Zenbanx allows customers to hold up to nine currencies offered in a single account and exchange currencies and transfer funds domestically or internationally for a flat rate.

Founded in 2012 the startup has raised $10m from investors including Chinese web giant Tencent. It was reportedly valued at $129.4m in 2014.

Valued at $4bn SoFi has taken on more than $1.4bn from investors including a $1bn Series E round led by SoftBank in 2015.

Zenbanx users will continue to have access to their accounts and will later be transitioned to SoFi bank accounts once the new product is finalized.

“I am absolutely delighted that we are merging our visions and our talented teams.”