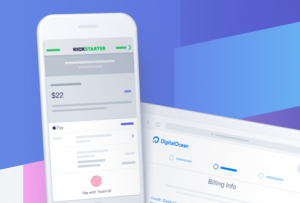 Payments processor Stripe has raised $150m in a Series D round of funding led by General Catalyst and CapitalG (formerly Google Capital).

Sequoia Capital and other existing backers also participated in the round that values the company at $9bn.

Founded by Irish brothers Patrick and John Collison Stripe is the US’ most-valuable VC-backed fintech startup.

The Silicon Valley-based firm chose the Thanksgiving holiday and the subsequent Black Friday e-commerce surge to announce its latest funding round.

The new valuation is almost double the $5bn price tag it reached following its $100m funding round in July 2015.

Stripe’s technology allows companies to incorporate payments services into their websites or apps through an API and several lines of code.

This allows them to avoid complex arrangements with banks or traditional payments processors.

This simplicity initially saw the company gain traction with startups such as Dribble, Deliveroo and Kickstarter.

Stripe has not revealed the volume of transactions it now processes regularly but claims that half of all US internet users have made a payments through a merchant using Stripe, up form a quarter in 2015.

The firm’s CFO Will Gaybrick says the funding will be used to acquire companies and continue its international growth beyond the 110 countries it currently operates in.

The capital will also go towards expanding the tools and services offered through its platform targeted at helping businesses grow.

The funding brings the total raised by Stripe to around the $460m mark.

Separate from the new VC funding Stripe has also secured a revolving credit facility of up to $250m from JP Morgan Chase, Goldman Sachs, Morgan Stanley and Barclays.