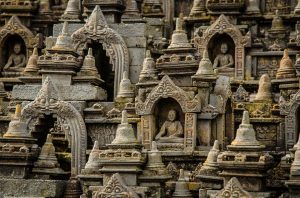 It will make investments through a newly established firm Central Capital Ventura (CCV), which it will own 100% of according to a stock exchange filing.

CCV will invest in and collaborate with fintech startups that can support BCA’s financial service ecosystem and its subsidiaries.

The company is the largest banking operation in Indonesia with some 1,2000 branches and 17,000 ATMs around the country.

Less than half of the region’s adults have bank accounts and expanding into rural areas with new branch openings is costly.

The company hopes to instead reach these unbanked populations with technology that will enable it to analyse credit quality and process payments through smartphones.

There was around $36m invested in Indonesian startups last year, according to a new report from DailySocial in collaboration with Indonesia’s FinTech Association.

This came from approximately 12 local capital owners and 20 foreign investors.

This is creating competition for the best startups in the region as the firms and BCA attempt to reach previously unbanked consumers first.