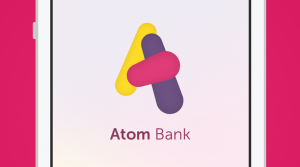 The app-only bank has received £113m from BBVA, which is an existing backer in the company, as well as investment funds Toscafund and Woodford Investment Management.

The new round is expected to value Atom at £270m.

The investment follows news the company has inked a deal with rapper Will.i.am.

The will see the Black Eyed Peas-member act as a spokesperson and tech consultant to Atom with the option to acquire up to 3.55 million shares at a price of £1.15-per share over a the next three years.

The company will hold a shareholders meeting on Friday to approve its recent funding plan.

It’s also reported that the round is oversubscribed by its existing shareholders and that BBVA now owns more than 30% of the business.

This would push it to the threshold needed to trigger a mandatory offer for the remaining shares in Atom under UK law.

The startup is thought to have sought a waiver from the Takeover Panel and the approval of banking regulators to avoid having to sell.

Atom Bank says it has taken on more than £110m in deposits for its fixed rate savings accounts and will look to expand it mortgage offerings this year.